Francesco Agello watch: no limits in the pursuit of excellence

Francesco Agello became “the fastest man in the world” on 23 October 1934 when on board the MC72 seaplane he reached 709 km / h, thus setting a world speed record that still remains unbeaten to this day. Almost a century later, Alessandro Colombo, his son-in-law and expert watchmaker, decided to celebrate the extraordinary feat of Francesco Agello with a limited edition watch dedicated to him.

Today Alessandro will tell us how his life was intertwined with the story of the great aviator and how theFrancesco Agello watch, a Viva Digital success story promoted through advertising campaign on the web and on social networks, engaging and capable of attracting a large number of fans of the world of watchmaking and high speed. 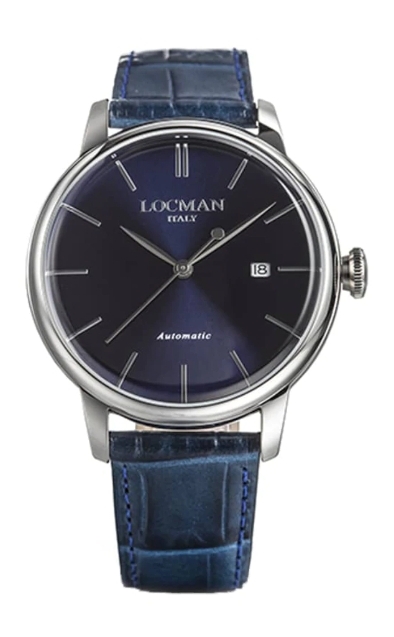 How did the idea of ​​creating a watch dedicated to Francesco Agello come about?

The history of the Agello watch begins together with the relationship that I, Alessandro, have with my current partner who is one of Francesco Agello's descendants. It was thanks to this bond that I approached the exploits of this great Italian aviator and in particular his world speed record achieved aboard the Macchi-Castaldi. Fascinated by this great success of him, I promised my father-in-law to revive the name of Agello; so I started looking for a company that was willing to help me in the project of making a watch dedicated to him. I found support from Locman who provided his technical skills to build the clock and bring my idea to life.

Would you like to tell us more about Francesco Agello's enterprise?

In 1928, thanks to the inventiveness of Italo Balbo and Mario Bernasconi, the RAV was born, acronym for High Speed ​​Department, based in Desenzano, where numerous tests were held on seaplanes in order to modify and improve them. In fact, in those years the Schneider Cup was in vogue, which was initially won by the British three times in a row, without leaving Italy any chance of victory. The Italian seaplanes were however an example of quality and efficiency, just think of the thousand records of De Bernardi, who was the first to break the 500 km / h wall.

After numerous attempts by the Italians, the Macchi-Castoldi MC72 seaplane was finally built, a jewel of technology with a double Fiat engine and a double counter-rotating propeller. In 1933, with this seaplane, Agello managed to beat the British, reaching 680 km / h. Later, before the RAV closed its doors in 1934, Agello, not yet satisfied, managed to exceed 700 km / h, setting a new record for seaplanes with piston engines, a record that still remains unbeaten today.

These were the years dominated by Futurist philosophy and the seaplane was considered the means of the future, so much so that numerous experiments and modifications were made to see how these aircraft could be used in the best possible way. In that period there were other enterprises of this nature in addition to that of Agello, think of those of altitude of Mario Pezzi and Carina Negrone or of the transatlantic crossing by Balbo. It was a great time for the Italian air force, so much so that many of the subsequent triumphs, as far as motorcycles and cars are concerned, were the work of former aviation pilots, such as Guzzi. The same symbol of Ferrari, the famous prancing horse, was originally the symbol of Baracca's plane, which he gave it to Ferrari as a good omen. 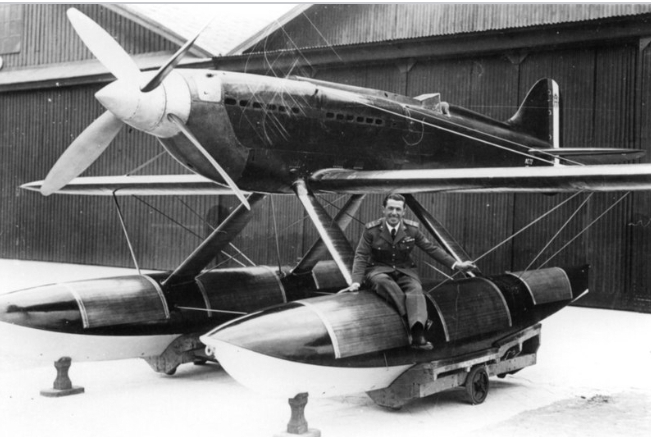 So what are the peculiarities of the Francesco Agello watch made by Locman in a limited edition?

I wanted to create a model that echoed the style of the Agello era, with a vintage taste, because it was thanks to the watch he wore on his wrist that Agello was identified after the tragic accident in which he lost his life.

The choice of the blue dial, on the other hand, represents a reference to the nature of the seaplane, which unites sky and sea. The watch is automatic, without battery and is recharged with the movement of the wrist, like the clocks of the time that were purely mechanical.

On the bottom there is also a personalization with the signature and portrait of Francesco Agello, together with the dedication that D'Annunzio made to him, describing him as "the fastest man in the world". Beside Agello's autograph, we find the red eagle, that is the recognition that he was due to all those pilots capable of overcoming the 500 km / h barrier.

How many pieces have you produced?

The idea was to produce exactly 709 pieces, a number equal to the speed at which Agello was traveling when he set the new record in 1934.

Who is the ideal buyer of this collector's item?

In general, I would divide the audience into three main categories. The first is undoubtedly represented by aviation enthusiasts who already knew the figure of Agello. The second category includes the motor enthusiasts, because it is incredible to think that Fiat was able to develop these mechanisms, and history, because these are events that have left their mark on the Italian scene. Finally, there are all those who later discovered the story of Agello and were fascinated by it, just like me.

For this I started give the book of its history together with the watch, so that the wearer can understand its meaning. This biography of him, written by the journalist Francesco Dionigi, a journalist born in Casalpusterlengo, the same town of origin as Agello, includes all the most salient moments in Agello's life, his sacrifices and his successes. It is an interesting book because it also deepens the relationships with other aviation colleagues, such as Mario Stoppani, Arturo Ferrarin or the great Carina Negrone.

How was your passion for watchmaking born?

I could say that I was born with tweezers in my hand, because as a child I saw my father working with wheels and screws. Both he and my grandfather were watchmakers, so I followed the same path too. At thirteen I went to watchmaking school, at 15 I was already working and later I followed the goldsmith and gemology courses.

It was a very fortunate coincidence that my profession as a watchmaker met the story of Agello thanks to my current partner. But there are also other coincidences: now I live a few kilometers from the place of the tragic accident in which Agello died and then my name is Colombo, and Agello also flew with a Colombo engine. In addition, this watch has put me in contact with many people who, like me, are committed to keeping alive the memory of Agello and his victory.

Are there any other future projects related to the main one of the watch?

First of all, we would like to put a plaque in honor of the pilot at Brescia airport, if not something more in his memory. Probably then, in November 2022, there will be an event in Volandia, where in addition to the entrance to the museum, it will be possible to attend a congress on the theme of aviation.

As far as watches are concerned, however, are there no other productions planned?

Only the 709 limited edition watches will remain on the market. Some have already been sold and for those interested, it is possible to reserve the watch, giving a deposit equal to a quarter of the final price, which is 399 €. Once the first 100 euros have been paid, the watch is available for collection when you prefer. If you are passionate about aeronautics, or you just want an original and quality watch, you can visit the site www.francescoagello.it, or contact the Colombo jewelry, which has its own shop in Sesto San Giovanni, Milan.

Whoever buys the watch somehow takes part in the network of contacts, projects and future initiatives in honor of Agello.

Latest Sim Tools: safety, experience, reliability and assistance
Back to list
Older Our Summer with Mossy Earth: Traveling for the Protection of Biodiversity